Newspaper ad sales training: Your ad reps are your brand 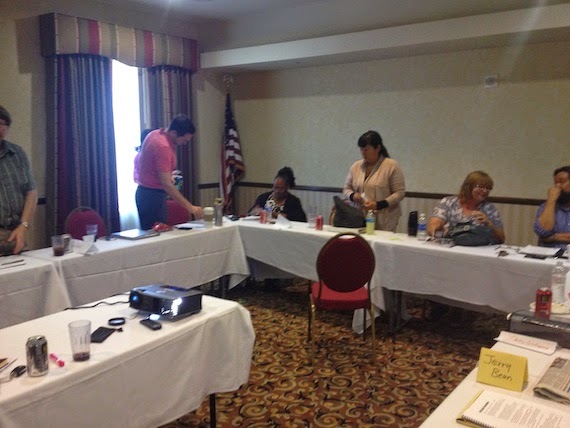 Last week I was conducting a two-day session with Toebe Bush and Jerry Bean's people at Century Group Newspapers, publishers of the Yucaipa/Calimesa News Mirror, when something clicked for an ad rep in a powerful way that reminded me why I love this business.

I was talking about the key to selling dramatically more advertising. That it wasn't about selling advertising space at all but instead focusing all your energy on proving, ahead of time, that the prospective advertiser will get a response. It's something most newspapers (and their competitors) don't think is even possible, let alone recognize it as a highly effective way for their department to approach the sale.

It's really two steps (besides the easy part of making a case your print and online newspaper reaches enough of the right people). First is being able to create an ad strategy that'll work consistently, week after week. Second, and the real trick, is to get the prospective advertiser to believe in the ad strategy enough to know that he's not putting his money at risk and actually spend it.

Which means it needs to fit into their view of what an effective ad is, not yours. Unfortunately, since most local business' approaches to advertising can be unreliable, the ad rep has to change the way the prospect believes effective advertising works. Sometimes I jokingly call this conversation a "therapy session" which involves saving the prospective advertiser from themselves.

For one particular ad rep at this session, that point really clicked. The fact that I showed her how to take advertisers who claimed they had no money and turn them into big advertisers was beside the point. It was that the newspaper was going to be doing some real good in the business community that she liked. She was going to help save their businesses.

When I was selling local newspaper advertising, I loved the job because every day involved trying to solve a different business' challenges. I felt like I was really having a positive impact on the community. I wasn't just selling space but helping to solve problems and doing some good. Which is exactly where my ad sales techniques I teach came from--help your local advertisers succeed and, before the ad even runs, the publication will succeed.

So want to make it a whole lot easier to sell more advertising that's larger and more frequent? Make sure your ad reps have the tools to convince a prospect the ad strategy they're presenting is solid and all those objections they're facing about money and circulation and print is dead will disappear when the prospect realizes it's not the medium that was the problem, but their message.

Better yet, your prospective advertisers will quickly learn that the biggest advantage your publications have over your competitors' is the your reps' ability to drive response, which is all they really care about anyway.