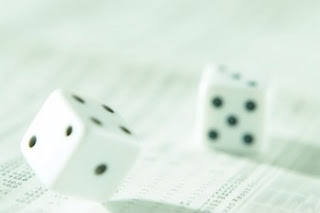 Despite all the doom and gloom surrounding our industry, it's well within your newspaper's control to make significant gains during these tough times and even offset much of the losses you may be experiencing with local advertising.

I know this because I've been helping hundreds of newspapers just like yours do it. I'm going to show you how you can, too, with an approach I guarantee you've never tried before. By solving a couple of major problems, you'll be able to convince advertisers running 2x2's in your competing publications to get on contract and begin running 1/4's, 1/2's, even full pages with your newspaper instead. And convince existing advertisers who are about to drop out or are running too small to do the same. And the solutions are relatively simple, easy ones.

So let's look at the first problem that needs solving.
While your local advertisers are trying their best to convince your staff that your rates are too high, that they have no money, that they're running with the other paper because it's cheaper and works better, that they're cutting back their budget and laying off people, and that they just can't afford to run that big and frequently, what they're really saying is something else entirely.
Their unspoken message is that despite your circulation and demographics and Web site, the only thing that motivates them is profit, and since they're not convinced they'll generate a strong response the next time they run , they won't be sending money your ad reps' way anytime soon.

Ad response, as we all know, is unpredictable, and to many advertisers, spending any significant amount of money on advertising--especially in this economy--isn't so different than going to Vegas and betting it all on a roulette wheel (at least they get free drinks there).
I know what you're thinking. "This guy is going to tell us the solution is creating more effective newspaper ads." That's just a very small part of the solution, like a prerequisite to solving the larger sales problem associated with response.

Response is the one thing that your prospects are hoping to get out of the deal but our inability to promise it up front is a huge inhibitor to your ad staff's sales efforts. Think of a car dealer having to tell their prospects, "Give me all your money and maybe you'll get a car out of the deal." They would do something about it, but in this industry, for the most part, we've all just learned to live with it.

So, while this Achilles' heel is proving fatal for other newspapers, a prospect's single-mindedness about response can be used to your advantage if you're able to prove, up front, that he'll get a strong response. Suddenly, he'll start spending serious money your ad reps swore he never had.

To accomplish this, you need to do two things, one obvious, one less so.

The first you may be doing already, but after working with over 400 newspapers on this kind of thing for nearly 20 years, forgive me if I have my doubts.

Your ad staff needs to start doing their homework and some real analysis before making any ad recommendation. They need to begin applying a logical, methodical, proven approach to creating direct-response strategies--ones that will work now, not three months from now--before passing it off to your design team to make look better. You'll see plenty of examples in upcoming posts.

So, as Rome burns, ask yourself if your ad reps have changed what they're doing? Or, are they like many, just continuing to pass old ads through to your designers with little more instructions than "Jazz it up," and "Give it a new look?" If this is the case, your ad staff is significantly limiting your accounts' and your newspaper's success, not to mention their own job prospects and perhaps even yours.

But, as we all know, just creating effective advertising doesn't solve the problem. Even when we present ads to our prospects that we know will work wonders for the account, too often they say, "That's nice, but shrink it down to a 2x2, move my logo to the top, reverse it, and add a picture of my dog." Too often, the ad rep leaves with dramatically less than he had hoped for and wondering why anyone in their right mind wouldn't see it his way.

And that's the second, and even bigger problem that's losing you serious revenue. Because advertising is something your prospects consider to be more of an art form--a creative process--they believe, like art, it's all subjective.

"Sure," the prospective advertiser could say, "You might think I should run a 1/2 page with color showing my selection of inventory along with prices and an explanation of why my service is better than the larger chains, but that's just your opinion. I think a small ad run once a month with my picture in it is the way to go. After all, I'm just as creative as the next guy. Who's to say you're right and I'm wrong?"

So it should be no surprise that if and when they do run an ad that applies their incorrect theories, they blame the failed response not on their own ad (which seems just fine to them), but on your newspaper--your exorbitant rates, your declining circulation, the popularity of the Internet, and the slowing economy--anything but their ad.

And that's exactly where the sale typically dies and the advertiser begins to run smaller, not at all, or with the cheaper publication before they lose faith in advertising all together.

This means, if there's going to be hope for the account to buy into any ad, let alone a significantly larger one at a higher frequency, we suggest your ad reps first give their prospects a little therapy session designed to eliminate their faulty theories and replace them with new, more effective ones. This is easier said than done, since they've "locked in" their own approach based on past experiences and how they themselves behave in certain situations.

So, instead of debating with the account, we use the Socratic method to teach the new techniques--you know, the answer already lies within the student, it just needs to be drawn out of them. By basing each step of the new approach on something that already happens to them in own their lives--for example, they can't help but notice the same make and model car they drive when it passes them on the street or that they already know where to buy most things--you'll be able to walk them into the right approach based on the way they see the world. And then they'll easily see the approach is effective, almost as if they knew it all along.

It's strange, most ad reps understand we need to draw information out of the prospect about his business, competition, and target customers, but why don't we do the same thing with the process or filter used to arrange that information? Why do we leave something so critical to proving response, so critical to selling advertising, up to the subjectivity of the prospective advertiser? To make some dramatic gains, your ad reps need to be as good at this as they are at quoting rates and circulation figures. They have to be experts at saving prospective advertisers from themselves. This is where the money is.

Because if both of these things--the information and the filter--come from the account, then when the final ad is presented, the advertiser will understand, maybe for the first time, why the ad is a safe bet. And the common content, size, frequency, rate, budget and all those other nagging objections your ad staff typically faces will fade away and any remaining ones will be easily overcome by simply tracing back the objections to something the account already bought into earlier. Even if the ad rep is asking for significantly more money.

This is how you prove, in the accounts' minds, that they'll get a strong response while at the same time showing them, without even saying it, that your newspapers aren't the problem at all. That when used properly, with the assistance of your highly-skilled ad consultants (the only ones in your market willing and able to do this), your publications are by far the most effective way to generate some serious revenue, even in this economy.

This just isn't theoretical. I've helped put this approach in action with hundreds of the top newspapers in the U.S. and Canada, with dramatic results. It works, it works fast, and it works even better in this economy, generating hundreds of thousands of dollars in a matter of a few days or weeks, using skills your ad staff can learn once and then apply on virtually every sales call, month after month, year after year. I'll be showing examples in upcoming posts, one of which I'll put up immediately.

So, grab an ad rep and one of their spec ads, and ask them the strategy behind it and to prove to you why it's going to work. You may find that maybe it's time your ad staff moved away from the idea that the they should focus primarily on selling the newspaper and instead begin focusing on proving response. Maybe it's time to stop passing total responsibility off to designers to create, often in a vacuum, what amounts to beautifully ineffective ads that leave your ad reps with no clue as to why they'll work, and unable to prove their effectiveness. Maybe your ad reps need to start saving their prospects from their own, incorrect theories before they can start making the sales you know are out there.

When you think about it, this is the only area where your ad reps can truly add value anyway. They have no control over the effectiveness of your newspaper but can control the overall response equation to help eliminate risk in the minds of their prospects to leverage the sale. But your ad reps need to know how to prove and deliver response. This is exactly what your prospective advertisers desperately need right now, and since we're all in this together, I'm guessing you might need this, too.
Posted by Bob McInnis at 9:12 AM